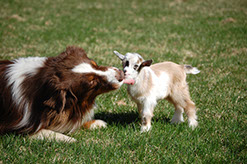 The Heart of a Dog

She wasn’t even supposed to come to Connecticut. I was 5th on the

waiting list and there were only 2 girls in the litter. She was going

to be a show dog in Alaska, but turned out they said she wasn’t

“flashy” enough for... them. So when Cathy sent me the email asking if I

wanted the black tri bitch I jumped at the chance. She had a mind of

her own from day 1. Her first act coming out of the crate was to try

and grab the jowls of Dianne’s akita.

She came home and pretty much took over the house. If she saw it, it

was hers. If she wanted it, it was hers. Luckily the rest of the

crew was pretty patient with her and helped her understand the

boundaries. Z had to flatten her once when she crossed the line,

first. Not a mark on her, but she never did it again. Casey, my

newf, adored her like he adored all the aussie pups. He was too old

to really play with her, but he came up with a new game just for her.

wiggled up to him. Then when she’d get close he’d bark and spread his

front legs really fast and she’d go racing around the room. When she

She was always my little resource guarder. If there was food on the

counter she knew it wasn’t hers, but she’d stay by the counter and

make sure no one else touched it either. That applied to garbage

She took to agility like she had been born to it. Weave poles became

a special favorite. I could send her to them from anywhere in the

yard. She did obstacles just for the love of doing them. Had the

most perfect two on, two off in the yard. Don’t know that I ever saw

that in a trial though…. She was convinced that she knew where we

were going and we had some interesting runs. I think she was 8 before

she decided that maybe I really did know where we were going. AKC was

not her favorite venue. Just not enough to do over the course of a

day. By the time we’d get to the second run, she’d be mentally fried

work. Her favorite class in any venue was gamblers. The farther away

she could work the happier she was and the faster she would go. I

gamble before I got to the end of the 1st obstacle.

The not so flashy dog was a hit in the altered breed ring. She won

the Open Black class at the GA nationals in 2005, and was Altered RWB

Morgan Hubbard and Jillayne Karras for showing her to her majors. She

had to put up with me as her handler for her singles. She wasn’t

stuff and like everything else felt that it should be all about her.

She had a good time pushing Kathy’s buttons. At nationals Kathy went

to back her up and she did a sit pretty for the judge. She also

managed to jump up in the air, catch a fly and land back in her stack.

She started out as a wonderful herding dog. Then after her first

season, all stock became terrifying and she wanted nothing to do with

them. Thankfully we found Lynette Milville who was patient with her.

We spent a year getting her back. Lynette helped teach her that cows

were fun and she was allowed to work the cows however she wanted to.

Get ‘em became one of her favorite commands. Then it was work to

teach her she had to do one thing before she could “get ‘em”, and then

two until gradually she was back to working. She earned multiple HITs

and MVA placements over her herding career. Several of those HITs

came from the cattle class. She showed everyone that being pretty

didn't stop you from being a good stockdog.

activity. One of her best shows was Harvest Moon. She had been doing

agility all day, Kathy took her to prep for the breed ring. I had to

sheep for started so I had to go before they switched stock). Kathy

ring, and as the judge was handing her the BOW ribbon I was grabbing

the leash to sneak her in as the last dog in jumpers. She qualified

in all of those venues and earned her first major that day.

Her favorite activities at home included ball, (no one could beat her

make sure of that), swimming, and making sure I didn’t go anywhere

without her. She was never a people dog except for mom. If she

anyone but me. If they had food that was a different story. I was

talking to a friend at an agility trial once. She was sitting in a

chair holding her dog and I had Indy. She reached into her coat

pocket to get a treat for her dog and they were all gone. Indy had

picked her pocket and licked it clean while she was wearing the coat!

She wasn’t big on playing with the other dogs either. Occasionally

she’d come down from her lofty height and play “stick” with someone,

but if they put a paw on her they’d learn better fast. Running with

another dog and barking at each other was always fun though. Not sure

it was fun for the neighbors, but she always enjoyed it.

She had something to say about everything. One of the breed shows we

went to, I remember walking in the door and hearing Pete Dolan say

“Indy’s here”. He couldn’t see the door, but Indy had to announce

herself whenever she came in.

She was the dog who slept on the bed every night. Again a resource to

be guarded, but only from some dogs. She never liked having Sam on

the bed, but it was ok for Caper or Z. She’d start out at the bottom

by my feet, but every morning I’d find her curled up against my

stomach (I’m a side sleeper) as tight as she could get.

everything I asked, even if she had to embellish it. Should couldn’t

possibly be seen to be doing something that somebody else wanted. She

always had to make it look like it was her decision. I’ve never seen

morning until I met her. This winter she ran agility like there was

no tomorrow. I was running her at 16” in AKC this winter and she

dog out there. Three weeks ago she ran at an ASCA trial and the week

Some of her accomplishments include:

Her greatest accomplishment was just in being my best friend and

always being there for me. 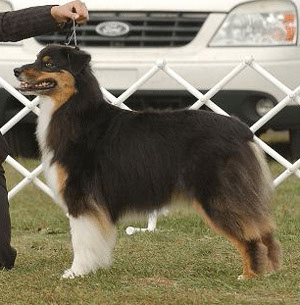 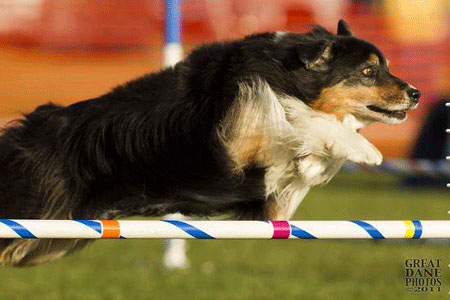 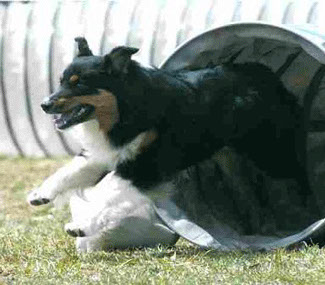 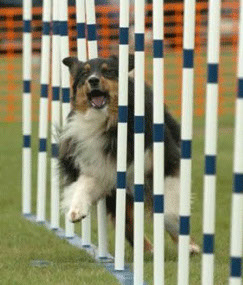 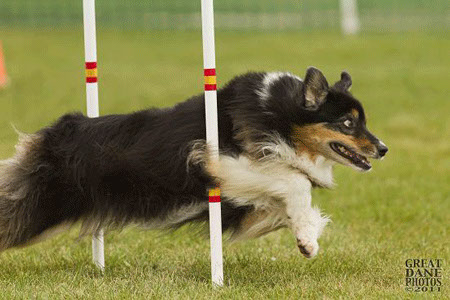 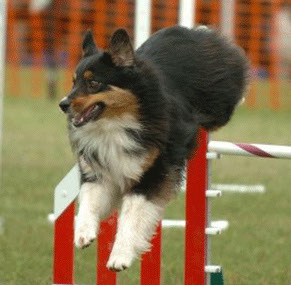 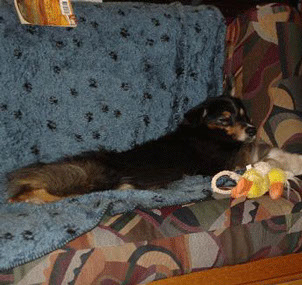 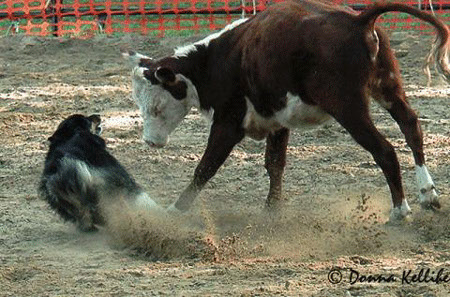